RIPS ONE INTO THE NIGHT 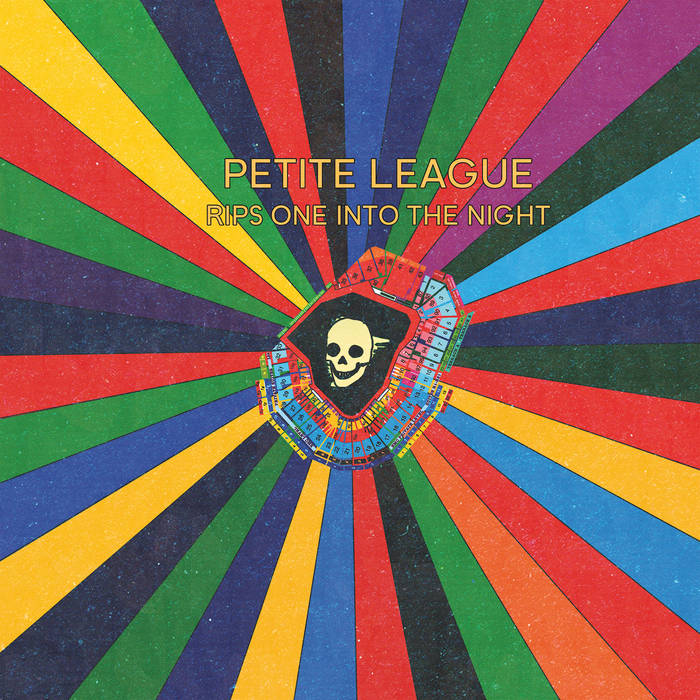 malx_x This is easily the best Petite League album to date. The production is fantastic, and it still has that Petite League vibe. Vibrant songwriting and catchy flows really bring this album together. 8/10 Favorite track: TRASH BLOSSOMS.

Upon arriving in Syracuse after growing up in Brussels, Belgium as an American expat, Lorenzo Gillis Cook was introduced to the fast paced, lo-fi sound of the American house show scene. Though he had been making music for years under the name Spark Alaska and a multitude of high school bands, the franticness and earnest expression being put on display in these upstate basements and attics was infectious.

In late 2014, Cook brought the first Petite League demo of friend and drummer Henry Schoonmaker, and the rest is history. Since then, the two have recorded two albums (Slugger and No Hitter), garnered press from Pitchfork, the Fader, Noisey, etc. , co-founded the notable Syracuse DIY venue Scarier Dome, and now reside in Brooklyn.

No crying in Petite League

Bandcamp Daily  your guide to the world of Bandcamp